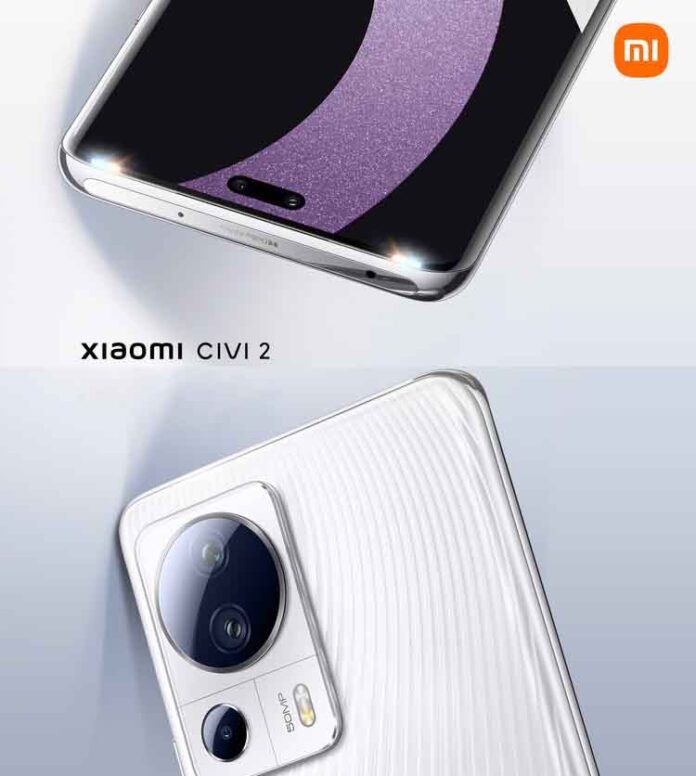 Xiaomi is prepared to introduce the latest smartphone to the CIVI line, which focuses on women.

The company has stated that on September 27, the newest Xiaomi CIVI 2 will make its debut in China. The business has begun teasing the features and appearance of the handset in advance of the unveiling. The most recent teaser from the Chinese tech giant verified the CIVI 2’s battery and charging rate. Let’s examine the specifics.

On the Chinese social networking site Weibo, Xiaomi recently issued a teaser indicating that the next Xiaomi CIVI 2S would have a 4,500mAh battery and support 67W rapid charging. According to claims, the phone charges completely in under 40 minutes. The handset will have a tiny and light body, according to the teaser.

As previously reported, the business has already made the device’s design and some of its specifications public. It will resemble the new iPhone 14 Pro devices in that it will have a curved display and a pill-shaped cutout on the front. A triple rear camera configuration mounted on a squircle module will also be included.

In terms of specifications, the 6.56-inch OLED FHD+ display for the Xiaomi CIVI 2 is anticipated to have a 120Hz refresh rate. The recently unveiled Snapdragon 7 Gen 1 chip from Qualcomm is expected to power it, along with up to 12 GB of LPDDR5 RAM and up to 256 GB of UFS 3.1 storage.

It will have two 32-megapixel front-facing cameras with twin lenses. A 50-megapixel main camera with OIS will be part of the triple rear camera arrangement on the back. An 8-megapixel ultra-wide lens and a 2-megapixel macro sensor may be used in addition to the primary sensor.

The MIUI 13 skin will likely be added to the Android 12 OS with the Xiaomi CIVI 2.