According to a recent report, waiting times for the XUV700 have also started to shorten. The XUV700 MX, AX3, or AX5 models fueled by gasoline can now be supplied in two to three months. The AX7 currently has a waiting period of roughly 15 months, while the AX7 L has a slightly longer waiting period of 16 months.

Since its release, the Mahindra XUV700 has received a total of 1.5 lakh reservations. The manufacturer announced it on Instagram through its official social media account. A milestone that reflects our brilliance, according to the MahindraXUV700 account’s social media post on Instagram. Here’s to bookings surpassing 1.5 lakh. We appreciate all of our customers for the tremendous response.

A 2.2-liter gasoline engine with a maximum output of 200 horsepower and a 2.2-liter mHawk diesel engine with a maximum output of 185 bhp are the two engine choices for the Mahindra XUV 700. The Mahindra XUV700‘s top-tier model will include auto booster headlights, customised safety alerts, smart door handles, and other safety features. An innovative new advanced safety feature for the XUV 700 is driver drowsiness detection. The car will sense when the driver is getting tired and gently shake them awake. Additionally, it has seven airbags, a 360-degree reverse parking camera, ADAS, and other features. 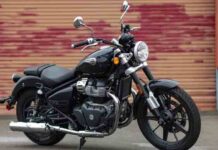 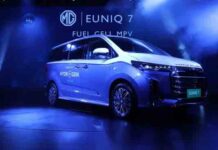