In China, the PICO 4 VR headsets with a 90Hz refresh rate and a 4K+ screen have been launched. The most recent virtual reality headsets are remarkably light and thin. Without its strap or batteries, the PICO 4 weighs roughly 295g, which is considerably less than some of the more popular devices now available.

The balancing design of the PICO 4 line of VR headsets lessens the pressure on the user’s face while wearing the equipment. The PICO 4 may be worn for extended periods of time without discomfort thanks to the rear battery compartment and anti-slip PU leather.

The gadget has two 2.56-inch screens and is powered by the Snapdragon XR 2 platform. The screens have a maximum pixel density of 1200 and allow binocular resolution up to 4K+.

The newest generation of VR headsets has an optical resolution of 85.7% and a Pancake optical path architecture. The PICO 4 and Neo 3 complement each other well in a number of ways. With support for step-less electric interpupillary distance adjustment, it boasts a maximum field of vision of 105 degrees.

A 16MP RGB camera on the PICO 4 offers a more beautiful view of the outside world. The fuselage has four environmental tracking cameras that are high-resolution cameras. The device has a linear motor with a 50–500Hz bandwidth and the HyperSense vibration handle. The VR headset’s new SuperSkin foam tightly conforms to the wearer’s face and absorbs sweat for a more engaging user experience.

The PICO 4 VR headsets back strap contains a 5,300mAh battery that powers the device for up to three hours. The PICO OS 5.0 operating system that powers the gadget has a number of outstanding features and a wide range of VR applications. 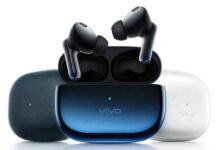