Researchers found that persons with Parkinson’s disease can experience changes in their own scents. As a result, they discovered certain Parkinson’s disease indicators in sebum, an oily material produced by the skin. They created a brand-new, non-invasive swab test that has a 95% Accuracy rate for detecting Parkinson’s.

Parkinson’s disease is a difficult condition to identify because there are so many varied symptoms. Joy Milne and Professor Perdita Barran are researching strategies to enhance Parkinson’s diagnosis.

Joy Milne has an unique ailment called hyperosmia that causes her to have an incredibly sensitive sense of smell, making her a “super smeller.” She has always had a different perspective on the world than others who have a normal nose, to the point where when she trained as a nurse she realised that persons with various illnesses had various odours. She didn’t initially link the odours to the illnesses, but after her husband Les was identified as having Parkinson’s disease (PD), everything fell into place.

She tells us, “My husband’s smell changed when he was about 30, it went from a pretty ordinary musky-man-stench to rather a musty smell. About 12 years after his Parkinson’s diagnosis, I discovered that everyone else in the Parkinson’s support group shared the same odour when we went there.

Perdita Barran, a professor of mass spectrometry at The University of Manchester’s Manchester Institute of Biotechnology, was drawn to this special capability. We began attempting to discover whatever it was that caused the fragrance after realising that if Joy could smell Parkinson’s, then something special had to be occurring in PwP patients.

Recognising the smell of Parkinson’s

Over the past three years, Perdita and Joy have collaborated closely to pinpoint the precise chemicals that give Parkinson’s disease its distinct odour. They have discovered that sebum, an oily material released from the skin, contains specific Parkinson’s disease indicators by employing mass spectrometry, a technique that determines the weight of molecules.

With the use of this discovery, researchers have created a non-invasive swab test that, when combined with the beginning of early Parkinson’s symptoms, may identify the condition with about 95%Accuracy.

The test can produce a result in as little as three minutes in a lab setting, which is even more amazing. Fast tests are more affordable, which is important if they are to be used in clinical settings. They would also assist shorten wait times for patients.

Parkinson’s disease is currently diagnosed mostly by neurological symptoms with physical manifestations, according to Perdita. These symptoms frequently don’t appear until the disease has already advanced significantly, which obviously reduces our possibilities for treatment.

A whole new range of therapy options for patients could become available if we can employ a chemical diagnostic test, like the one we’re developing. It might also help close the gender gap in Parkinson’s diagnosis.

The challenge of diagnosis

Parkinson’s disease can present with a wide range of symptoms, and these symptoms can vary greatly from patient to patient. As a result, it can be challenging to diagnose. In addition, many of the Parkinson’s symptoms are also present in other diseases.

Greater awareness of the symptoms and how they manifest in patients is necessary to address this. However, as a result of the COVID-19 pandemic and the subsequent rise in patient demand on GPs, many patients do not receive the correct diagnosis. 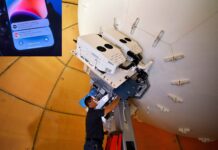 Apple spent on the Emergency SOS programme was $450 million 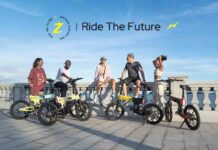 Launch of the 250 km Zectron Electric Bike on Indiegogo