The digital game service Stadia, one of Google’s most ambitious recent releases, is being discontinued. The service, which debuted in 2019, will end in the upcoming months, specifically on January 18, 2023.

The announcement comes as the business looks to reduce expenses. This decision’s lack of user traction in comparison to expectations by the firm is seen to be one of the factors.

Google Vice President Phil Harrison announced the decision in a blog post, writing, “We’ve made the painful choice to begin winding down our Stadia streaming service.” It was released as a chance to use Google’s cloud streaming technologies and enable multiplayer gaming on a large scale.

The business claims to reimburse all Stadia hardware purchases made through the Google Store as well as all Stadia store purchases of games and add-on software. By mid-January, the majority of reimbursements will have been completed, and players will still be able to access their game collection and play through January 18th.

Google also says that it will keep assisting game creators in creating and distributing games on Google Play and Play Games, in addition to promoting gaming in other contexts. Other Google services may eventually employ the technology used for Stadia.

The Mountain View-based behemoth has started shutting down items as part of its recent announcement by CEO Sundar Pichai that he wants the business to be 20% more efficient. The forthcoming Pixel laptop was recently announced to be scrapped, and funding for Area-120’s internal incubator was reduced.

What Caused Rieko Kodama’s Death, if any? Japanese game developer and Sega employee passes away at age 58 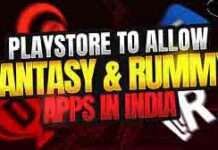