Apple is stepping up its efforts to establish India as its new centre of manufacturing. According to a recent source, the American tech giant intends to raise the output cap to 25% of its total capacity by 2025. By the end of this year, Apple intends to move 5% of the entire iPhone 14 production to India. The production specifics of the iPhone 15 lineup for the following year have also been clarified by JP Morgan Analysts.

Analysts had previously asserted that Apple had shaved almost six weeks off the production schedule for its new iPhones in India this year compared to the cycle in China. In terms of the manufacturing of the iPhone 15, India’s Foxconn and Wistron factories may produce the device concurrently with China’s.

According to the JP Morgan research, “India’s iPhone supply chain has traditionally only provided outdated models. It’s interesting to note that Apple has asked EMS vendors to produce iPhone 14/14 Plus models in India in 4Q22, two to three months after Mainland China begins manufacturing.

The research stated that “the significantly shorter interval reflects the rising importance of India production and probably bigger iPhone allocations to India manufacturing in the future.”

According to the report, “We believe Apple only manufactures iPhone 14/14 Plus models in India presently because to the stronger local market demand for the iPhone 14 series (tax savings) and the more difficult camera module alignment of the iPhone Pro series (done by EMS vendors).”

Vietnam is another nation that will gain from Apple’s re-allocation of the production process. According to the estimate, by 2025, Vietnam would produce 20% of all iPad and Apple Watches, 5% of all MacBooks, and 65% of all AirPods.

India’s increased commitment to manufacturing can be linked to both the country’s “Make in India” initiative and improvements in business accessibility. This year, Apple’s ‘Make in India’ iPhone production might make up about 85% of the company’s entire iPhone production in India. This also suggests that the Indian market for iPhone is expanding.

According to market research company CyberMedia Research (CMR), this year’s iPhone imports are projected to drop by 15%. (from 50 percent in 2019). While the Cupertino-based tech behemoth plans to significantly increase domestic production to 85%. 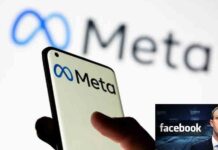